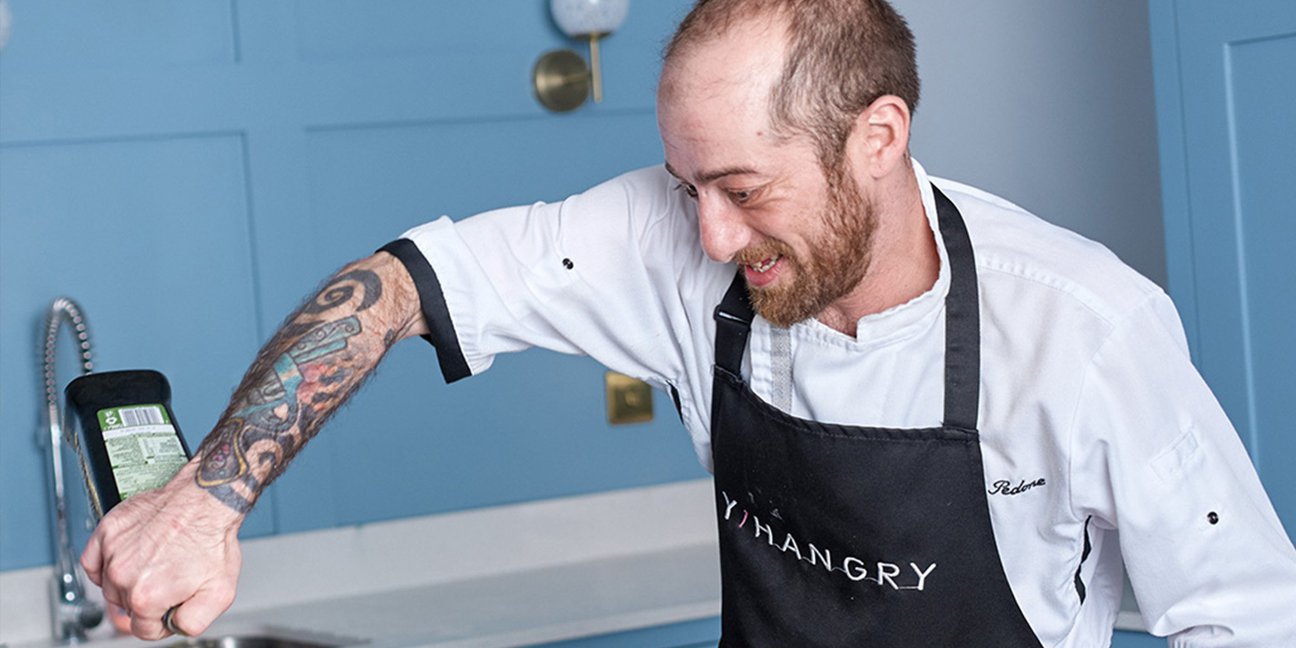 Friends Heinin Zhang and Siddhi Mittal grew up in families that valued sitting down to a home-cooked meal — something they missed when their busy careers gave them little time for getting together with friends. Looking into hiring a private chef, they were staggered at the cost, and decided to set up YHANGRY – a private chef service affordable enough for the average consumer.

“We both come from developing countries,” says Heinin Zhang, co-founder of YHANGRY. “Siddhi grew up in Delhi and I grew up in Beijing, where it’s common to have help at home to look after the family cooking. Our parents often hosted friends and family in Asia, and it’s something we both missed.”

But when the two women looked into hiring a chef to make dinner with a group of friends, they realised there wasn’t a single affordable option. “Private chefs in London are an extremely expensive alternative to eating out,” says Heinin. “It was about £100 per person, and our friends and I just couldn’t justify spending that! So, we looked into why it's so expensive and realised that by using technology, we could remove a lot of the friction and make private chefs a viable option to the masses rather than just something for those with a lot of money.”

The friends realised that the time each chef spent shopping for, discussing, and transporting curated meals was driving up costs, and that they could simplify the process without compromising on quality.

“We decided to build a platform where our executive chef would create a database of dishes to choose from,” says Heinin. “The customer simply goes on the website and creates their own menu from the dishes we offer, and then pays for their booking. “We then take care of the groceries, which are delivered to the customer's home directly. We assign the best chef for their menu, who then cooks everything fresh from scratch in their home – and is paid for their time to cook and clean up – cutting out all the time and cost of the usual back and forth. We did the maths and realised we could bring the cost down to £17 per person for a party of six.”

Heinin and Sidhhi set up the company in March 2019 and left their full-time jobs a few months later — but initially, results came slowly. “Those first few weeks we weren't very focused,” admits Heinin. “We didn't really know how to approach building a business properly. We were working hard, but without a lot of structure.”

To help, the women looked to Google for Startups Female Founders programme for help and were accepted onto the program that summer.

“Everything really started with Google,” says Heinin. “There was a clear framework and we had a programme of different workshops with industry experts, learning about branding, marketing, API's, machine learning, fundraising and more. It really opened our eyes to the startup world.

“It was immensely beneficial for us in terms of learning, building a network and all the mutual benefits that come with cohort working.”

The programme lasted six months, on its completion in February 2020, the women stayed on as campus residents. YHANGRY had done well with Christmas, New Year and Valentine’s Day trade, but then the pandemic struck and lockdowns forced them to pivot to offering virtual cooking classes. They’re now back offering at-home services and have served over 15,000 diners since launch, with fifteen employees and more than 200 chefs on board. Heinin and Siddhi have also successfully pitched on Dragons’ Den – receiving £100,000 of investment from Dragons Peter Jones and Tej Lalvani – and also raised a £1.1 million seed round in April 2021.

The pair have also embraced a variety of Google tools and software to help make YHANGRY a success, including Google Workspace, Google Ads and Google Maps and have over 200 Google reviews and a 4.9 star rating. “We have amazing reviews,” says Heinin. “Which is really helpful because a lot of customers have mentioned that they chose YHANGRY because our reviews are the best. It’s definitely helped us gain new customers.”

“With Google for Startups, there was structure, framework and we had a programme of different workshops with industry experts, learning about branding, marketing, API's, machine learning, fundraising and more.”