Solar power is set to become one of Europe’s largest energy sources before the end of the decade. By 2050, it could also create an estimated 4 million jobs — but there’s currently a real shortage of workers with the skills to make it happen. That's why SolarPower Europe created #SolarWorks, supported by Google. This new programme aims to raise awareness of the diverse range of careers available in solar, and connect people with the resources to get started. 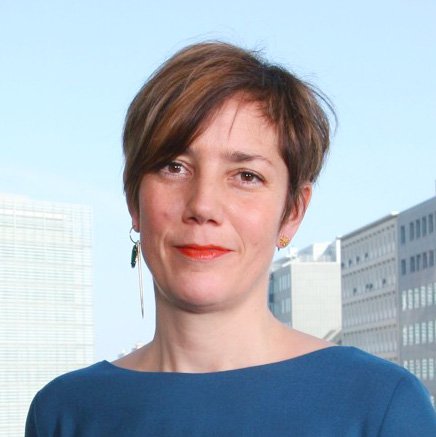 Solar is one of the energy sector’s largest job creators, and a major contributor to local growth.
Walburga Hemetsberger,
CEO of SolarPower Europe

For the EU to achieve a climate-neutral economy by 2050, more than 80% of its electricity will need to come from renewable energy. As the lowest-cost and easiest-to-deploy clean energy option, solar’s use will grow exponentially — powering millions of homes, cars and factories — and creating a cleaner Europe.

By 2050, 60% of Europe’s energy could come from solar. But it won’t happen unless there are enough installers, technicians, engineers, project managers, and other skilled workers trained and ready to make the transition and drive the growth.

If France achieves its national solar target of 40GW of capacity by 2028 its solar industry will have grown by 268%. By 2028, solar energy could create up to 24,000 direct jobs in France

Working in solar is incredibly varied and every day is different. You need to be curious, motivated and able to adapt to all sorts of situations.
CLÉMENCE MARQUEYZ
PROJECT MANAGER AT AKUO ENERGY
See Clémence and Ludivine story

If Germany achieves its national solar target of 98GW of capacity by 2030, its solar industry will have grown by 80%. Over the next 20 years, the number of people employed by the solar industry is set to triple from around 24,400 to 72,000

The further development of the solar industry is very promising, it is the form of energy of the future.
STEPHANIE MALIK
ENGINEER FRAUNHOFER CSP
See Stephanie and Sven’s story

If the Netherlands achieves its national solar target of 27GW of capacity by 2030, its solar industry will have grown by 192%. To reach its climate goals, the country needs an additional 28,000 people to join its renewable energy sector by the end of this decade

There are a lot of opportunities in the solar energy sector, we are always looking for new talent.
Agnes Stielstra,
Project Manager Groenleven
See Agnès and Egbert's story

If Poland achieves its national solar target of more than 7GW of capacity by 2030, its solar industry will have doubled in size

I am quite optimistic about the future of solar energy, but there is no economy that can do well without qualified employees.
MICHAŁ POLAŃSKI
See Sylwia and Michał ’s story

If Spain achieves its national solar target of almost 40GW of capacity by 2030, its solar industry will have grown by 196%

I fell in love with the idea of protecting the environment and it became clear to me that I wanted to work in the renewable energy industry.
IGNACIO FERNANDEZ GARCIA
PROJECT DEVELOPER STATKRAFT
See Nacho and Peggy’s story

SolarPower Europe is a member-led association representing companies and organisations within Europe's solar power industry. Its mission is to ensure that more energy is generated by solar than any other energy source by 2030.

In partnership with EuropeOn

EuropeOn is the voice of more than 1.8 million electrical contractors installing and maintaining solar panels across Europe — and a vital gateway to new jobs and careers in this fast-growth sector.

Google is the world's largest corporate annual purchaser of renewable energy and commits to operate on carbon-free energy by 2030. With SolarPower Europe, we aim to connect people with solar opportunities and support the green transition.

*All statistics are from the EU Market Outlook for Solar Power 2021-2025 report, SolarPower Europe